More and more my patients are becoming addicted to their devices. I am concerned that their communication and social skills may be stifled. We are who we are in a large part by what we do. Children and adults who spend hours on devices miss opportunities and to grow as individuals.

It is best to limit exposure to the internet and social media. There’s a false narrative of what’s real. Unfortunately it is not the curators of the net to assume that responsibility.  As parents and as families it is our role to take over responsibility.

Keep devices out of kids’ bedrooms.

Taken from:  Is Your Kid Hooked on Smartphones? 5 Tips for Parents

Our minds can be hijacked’: the tech insiders who fear a smartphone dystopia 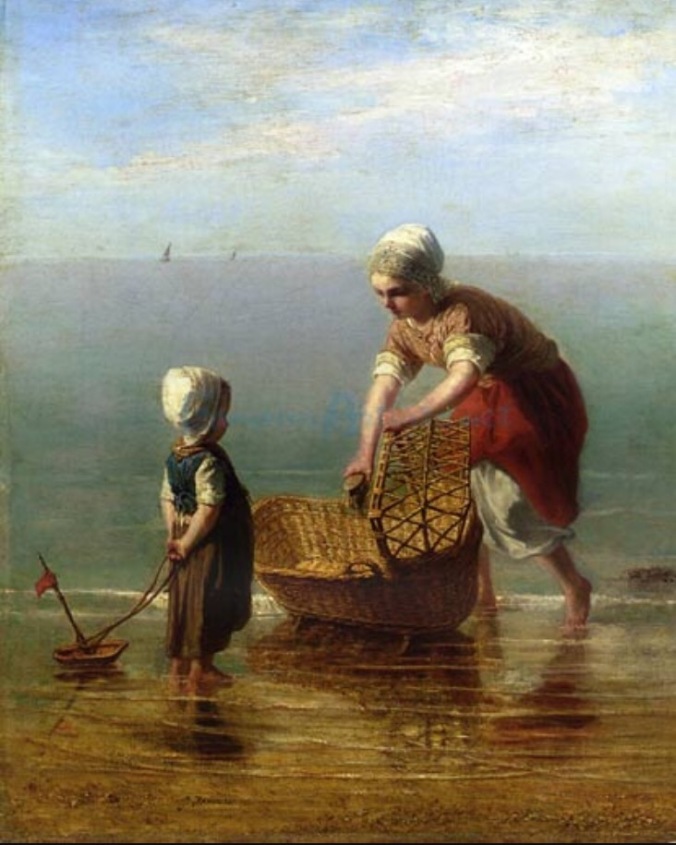 A parent’s own decision to share a child’s personal information online is a potential source of harm that has gone largely unaddressed. Children not only have interests in protecting negative information about themselves on their parent’s newsfeed, but also may not agree with a parent’s decision to share any personal information—negative or positive—about them in the online world. There is no “opt-out” link for children and split-second decisions made by their parents will result in indelible digital footprints. While adults have the ability to set their own parameters when sharing their personal information in the virtual world, children are not afforded such control over their digital footprint unless there are limits on parents.
Excerpt from:

Sharenting: Children’s Privacy in the Age of Social Media

I am afraid that my patients as well as their parents are naively and freely disclosing personal  information online in mediums that they trust and believe to be secure.  As all the recent hacks of government and corporpate networks that information is not secure. Now it is becoming more evident that the behemoth techno companies  Alphabet (Google) and Facebook (aka Instagram and WhatsApp) know too much about their users.

What this means is that even more than it is in the advertising business, Facebook is in the surveillance business. Facebook, in fact, is the biggest surveillance-based enterprise in the history of mankind. It knows far, far more about you than the most intrusive government has ever known about its citizens. It’s amazing that people haven’t really understood this about the company. I’ve spent time thinking about Facebook, and the thing I keep cominfg back to is that its users don’t realise what it is the company does. Read more in the following article.
Excerpt from “You are the product” 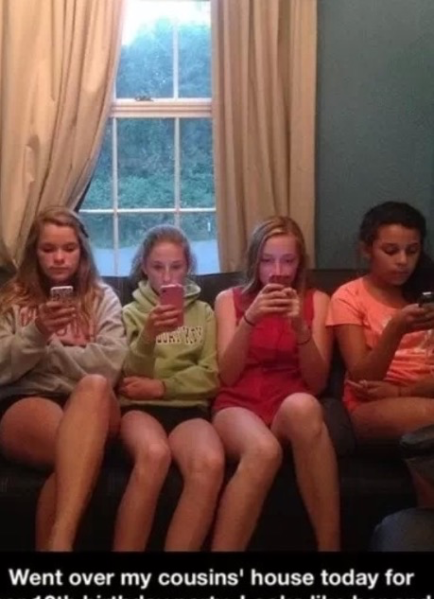 I got my first cell phone in 1987 during my first year as a solo pediatrician. It was necessary running between 3 hospitals, home and office any time of the day or night. Now cell phones have become a distraction and as the following article implies an impediment to the growth and development  of adults and children alike,

Social media can if used well can be an asset however as with any asset must be used wisely.

The following are excerpts from an article I read this am.

Acts of Faith PerspectiveThe death of reading is threatening the soul

Books help define who I am. They have ushered me on a journey of faith, have introduced me to the wonders of science and the natural world, have informed me about issues such as justice and race. More importantly, they have been a source of delight and adventure and beauty, opening windows to a reality I would not otherwise know.

The Internet and social media have trained my brain to read a paragraph or two, and then start looking around. When I read an online article from the Atlantic or the New Yorker, after a few paragraphs I glance over at the slide bar to judge the article’s length. My mind strays, and I find myself clicking on the sidebars and the underlined links. Soon I’m over at CNN.com reading Donald Trump’s latest tweets and details of the latest terrorist attack, or perhaps checking tomorrow’s weather.

Worse, I fall prey to the little boxes that tell me, “If you like this article [or book], you’ll also like…” Or I glance at the bottom of the screen and scan the teasers for more engaging tidbits: 30 Amish Facts That’ll Make Your Skin Crawl; Top 10 Celebrity Wardrobe Malfunctions; Walmart Cameras Captured These Hilarious Photos. A dozen or more clicks later I have lost interest in the original article.

Neuroscientists have an explanation for this phenomenon. When we learn something quick and new, we get a dopamine rush; functional-MRI brain scans show the brain’s pleasure centers lighting up. In a famous experiment, rats keep pressing a lever to get that dopamine rush, choosing it over food or sex. In humans, emails also satisfy that pleasure center, as do Twitter and Instagram and Snapchat.

Nicholas Carr’s book “The Shallows” analyzes the phenomenon, and its subtitle says it all: “What the Internet Is Doing to Our Brains.” Carr spells out that most Americans, and young people especially, are showing a precipitous decline in the amount of time spent reading. He says,
“Once I was a scuba diver in the sea of words. Now I zip along the surface like a guy on a Jet Ski.”
A 2016 Nielsen report calculates that the average American devotes more than 10 hours per day to consuming media—including radio, TV, and all electronic devices. That constitutes 65 percent of waking hours, leaving little time for the much harder work of focused concentration on reading.

An article in Business Insider studied such pioneers as Elon Musk, Oprah Winfrey, Bill Gates, Warren Buffett and Mark Zuckerberg. Most of them have in common a practice the author calls the “5-hour rule”: they set aside at least an hour a day (or five hours a week) for deliberate learning. For example:
• Bill Gates reads 50 books a year.
• Mark Zuckerberg reads at least one book every two weeks.
• Elon Musk grew up reading two books a day.
• Mark Cuban reads for more than three hours every day.
• Arthur Blank, a co-founder of Home Depot, reads two hours a day.

What is a realistic goal? Charles Chu calculates that at an average reading speed of 400 words per minute, it would take 417 hours in a year to read 200 books—less than the 608 hours the average American spends on social media, or the 1,642 hours watching TV.

Modern culture presents formidable obstacles to the nurture of both spirituality and creativity.

As a writer of faith in the age of social media, I host a Facebook page and a website and write an occasional blog. Thirty years ago I got a lot of letters from readers, and they did not expect an answer for a week or more. Now I get emails, and if they don’t hear back in two days they write again, “Did you get my email?” The tyranny of the urgent crowds in around me.

If I yield to that tyranny, my life fills with mental clutter.

Boredom, say the researchers, is when creativity happens. A wandering mind wanders into new, unexpected places.

When I retire to the mountains and unplug for a few days, something magical takes place. I’ll go to bed puzzling over a roadblock in my writing, and the next morning wake up with the solution crystal-clear—something that never happens when I spend my spare time cruising social media and the Internet.

I find that poetry helps. You can’t zoom through poetry; it forces you to slow down, think, concentrate, relish words and phrases. I now try to begin each day with a selection from George Herbert, Gerard Manley Hopkins, or R. S. Thomas.

For deep reading, I’m searching for an hour a day when mental energy is at a peak, not a scrap of time salvaged from other tasks. I put on headphones and listen to soothing music, shutting out distractions.

Deliberately, I don’t text. I used to be embarrassed when I pulled out my antiquated flip phone, which my wife says should be donated to a museum. Now I pocket it with a kind of perverse pride, feeling sorry for the teenagers who check their phones on average 2,000 times a day.

We’re engaged in a war, and technology wields the heavy weapons. Rod Dreher recent book, “‘The Benedict Option,” urges people of faith to retreat behind monastic walls as the Benedictines did — after all, they preserved literacy and culture during one of the darkest eras of human history. I don’t completely agree with Dreher, though I’m convinced that the preservation of reading will require something akin to the Benedict option.

I’m still working on that fortress of habit, trying to resurrect the rich nourishment that reading has long provided for me. If only I can resist clicking on the link 30 Amish Facts That’ll Make Your Skin Crawl…

ENCOURAGE YOUR CHILREN TO READ 1 HOUR FOR EVRY 30 MIN OF VIDEO TIME. ALSO INCLUDE AT LEAST 30 MINUTES OF EXERCISE. GET BACK TO JUMP ROPE AND RIDING BIKES.

If We’re All So Connected, Why are Our Kids so Lonely?

Our children are spending an increasing amount of time staring at screens. And a new study released in January found that children today are struggling with “loneliness or deep levels of unhappiness” as a result of the time they spend on the Internet. The experience of loneliness has always been a part of childhood, of course. But technology, which in some cases can connect children to others virtually, clearly also has the potential to aggravate and introduce new sources of loneliness.

Where can we go to understand the loneliness of childhood? Loneliness is a central theme of Francis Hodges Burnett’s classic, The Secret Garden. The book is a hymn to lonely children and lonely places, lost families and sparse friendships. In this most unhopeful of themes, Burnett gives children the brightest and most hopeful of alternatives, a garden, itself transformed by death and the loneliness of loss. Here is a place where the roots grow deep, and the illusions of what one is and what one has lost fade behind the real sights and scents of life allowed to flourish
Technology will be a part of most children’s lives, in useful (and useless) ways, but teaching children how to step away from their screens, and gravitate toward what can be felt and cultivated in the real world—where they might discover their own secret gardens—will reveal to them the difference between the beauty of stillness and the loneliness of isolation.