From ages 4 to 6 years, they should be used only if recommended by your child’s doctor. After age 6 years, the medicines are safe to use, but follow the dosage instructions on the package. Fortunately, you can easily treat cough s and colds in young children without these nonprescription medicines.

A good home remedy is safe, inexpensive, and as beneficial as OTC medicines. They are also found in nearly every home.

Here is how you can treat your child’s symptoms with simple but effective home remedies instead of medicines:

1 Runny Nose: Just suction or blow it. And remember, when your child’s nose runs like a faucet, it’s getting rid of viruses. Antihistamines (eg, loratadine, cetirizine, fexofenadine) do not help the average cold. However, they are useful and approved if the runny nose is caused by nasal allergies (hay fever).

◦ Use saline nose spray or drops to loosen up dried mucus, followed by blowing or suctioning the nose. If these are not available, warm water will work fine.

◦ Instill 2 to 3 drops in each nostril. Do one side at a time. Then suction or blow. Teens can just splash warm water into their nose. Repeat nasal washes until the return is clear.

◦ Do nasal washes whenever your child can’t breathe through the nose. For infants on a bottle or breast, use nose drops before feedings.

◦ Saline nose drops and sprays are available in all pharmacies without a prescription. To make your own, add 2 mL of table salt to 240 mL of warm tap water.

◦ Medicines: There is no medicine that can remove dried mucus or pus from the nose.

◦ For Children 3 Months to 1 Year of Age: Give warm, clear fluids (eg, warm water, apple juice). Dosage is 5 to 15 mL 4 times per day when coughing. Avoid honey because it can cause infantile botulism . If your child is younger than 3 months, see your child’s doctor.

◦ For Children 1 Year and Older: Use HONEY, 2 to 5 mL, as needed. It thins secretions and loosens the cough. (If honey is not available, you can use corn syrup.) Recent research has shown that honey is better than drugstore cough syrups at reducing the frequency and severity of nighttime coughing.

◦ Coughing Spasms: Expose your child to warm mist from a shower.

5 Humidity: If the air in your home is dry, use a humidifier. Moist air keeps nasal mucus from drying up and lubricates the airway. Running a warm shower for a while can also help humidify the air.

Treatment Is Not Always Needed

• If symptoms aren’t bothering your child, they don’t need medicine or home remedies. Many children with a cough or nasal congestion are happy, play normally, and sleep peacefully.

• Only treat symptoms if they cause discomfort, interrupt sleep, or really bother your child (eg, a hacking cough).

• Because fevers are beneficial, only treat them if they slow your child down or cause some discomfort. That doesn’t usually occur until your child’s temperature reaches 102°F (39°C) or higher.

• Acetaminophen (eg, Tylenol) or ibuprofen (eg, Advil, Motrin) can be safely used in these instances to treat fever or pain.

If treatment is needed for coughs and colds, home remedies may work better than medicines 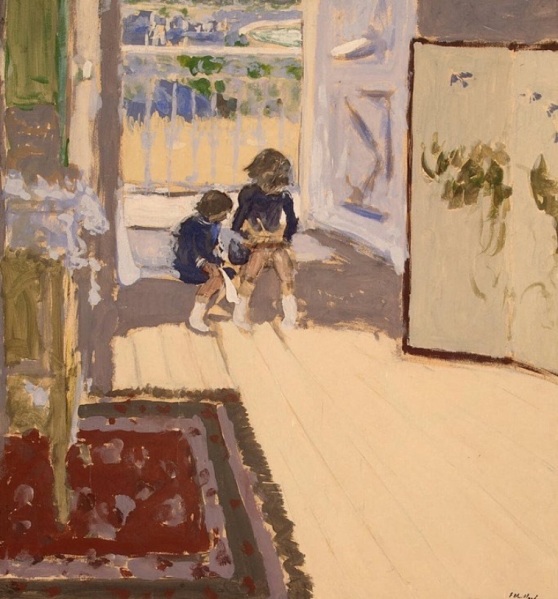 While it’s important to encourage our kids to explore and discover new things, when it comes to medication, we want to be careful to keep them safe

Put all medicines up and away and out of sight including your own.

Consider places where kids get into medicine.

Consider products you might not think about as medicines.

Use the dosing device that comes with the medicine.

Medications are the leading cause of child poisoning.

Ibuprofen is an over-the-counter medicine taken to relieve aches and pain and reduce fever. It’s a safe drug when used correctly, but taking too much can make a child very sick. Overdosing can lead to stomach or intestinal problems. So it’s important to know how to properly give the medicine.

Know how to give Ibuprofen, Motrin, or Advil to your children.

What Cough and Cold Medication Can I Give My Child?

Young children get lots of colds, some as many as 8 to 10 each year before they turn 2 years old. Colds tend to be more common in fall and winter when children are indoors and in closer contact with each other. Of course you want to help out and give them cold medicine, but how do you know what to do? The products are confusing, the ingredients are confusing, the packaging is confusing, the display of the products on the shelves is confusing … and I am a pharmacist! Allow me to help clarify this issue.

My child is between 4 and 6 years old: See the recommendation for less than 4 years old or use medication with caution under the care of your physician.

My child is over 6 years old: Use with caution as directed on the box. Try to stick to products that have the least number of ingredients (that is the same advice I give adults!). That way you are only treating the symptoms your child is experiencing and not giving too many medications.

All children of any age: Age and weight appropriate doses of acetaminophen OR ibuprofen can treat pain and fever. Cool mist humidifiers help keep airways wet without introducing the risk of hot steam (bacterial growth and burns). Keep your child well hydrated. In young children saline nasal sprays and bulb suctioning can help them breathe through their nose.

Does honey help suppress coughing?
Yes. Honey helps coat the throat and the sugar may relieve symptoms as well. Only use if your child is 1 year or older. You can use ½ to 1 teaspoonful of honey at home or use a commercially available honey product. Be aware of the possibility of additional cough medications in any honey products you purchase.

Unfortunately, more than 200 viruses can cause the common cold. So your best bet is to make sure your kids practice good hand hygiene and avoid close contact with people who have colds or other upper respiratory infection. Prevention can be your best weapon!

We have been seeing summer colds x 4 weeks, a good summary of what to expect.

By ANGELA CHEN
Reposted from the WSJ 8/29

Having trouble kicking that summer cold? It’s not your imagination. Summer colds are caused by different viruses than winter colds and tend to last longer than the winter variety. Angela Chen reports.

Something summery may be lingering even as the season fades—the summer cold.

Colds in summertime can last for weeks, at times seemingly going away and then suddenly storming back with a vengeance, infectious-disease experts say. A winter cold, by contrast, is typically gone in a few days.

The reason for the difference: Summer colds are caused by different viruses from the ones that bring on sniffling and sneezing in the colder months. And some of the things people commonly do in the summer can prolong the illness, like being physically active and going in and out of air-conditioned buildings.

“A winter cold is nasty, brutish and short,” says Bruce Hirsch, infectious-disease specialist at North Shore University Hospital in Manhasset, N.Y. “But summer colds tend to linger. They can go on for weeks and reoccur.”

Summer colds, which can hit between June and October, occur only about 25% as often as the winter variety. But summer colds can have more severe, flu-like symptoms, in addition to sneezing and coughing. Many people also mistake a summer cold for allergies, because it just doesn’t seem to leave.

Samantha McGovern, 30 years old, is still trying to shake off a cold she developed in late July. It started as a small case of the sniffles, so she didn’t pay it much mind and continued exercising and playing on the Majority Whips, her Washington, D.C.-based roller-derby team. But then she developed a fever—uncommon for her, she says—and a cough and she became exhausted. At first she thought it was pneumonia. By the time she went to the doctor, she was taking a cocktail of Mucinex, cough syrup, Tylenol and Sudafed. The doctor prescribed a different cough syrup, which didn’t work, and then eventually put her on antibiotics, she says.

Ms. McGovern ended up taking a week off from her media-relations job and missed three weeks of roller-derby practice. “It takes a lot for me to not do stuff, but I was significantly sick for three weeks and still have a cough now,” she says. Her husband, who caught the cold the second week of her illness, also hasn’t fully recovered.

Some people ramp up their exercise routines, hoping to sweat out a summer cold. This might instead prolong the illness, says Roger Baxter, co-director of the Kaiser Permanente Vaccine Study Center in Oakland, Calif. The body tries to use all its metabolic resources to fight off disease, so a hard run or long gym session diverts some of that energy away from fighting the sickness, he says. Although consistent, moderate exercise tends to protect the body from illness, a sudden and strenuous workout can decrease the body’s immunity.

And moving between the warm outdoors and air-conditioned inside spaces can make people more vulnerable to sickness in summer, says Ronald Eccles, director of the Common Cold Centre at the University of Cardiff in Wales. The sudden chilling “lowers the defenses in the nose and throat by causing constriction of the blood vessels,” he says. “If a virus is already present, this reduces our immunity.”

A summer cold’s symptoms also can be surprising. Along with the sniffles, sufferers may also get a fever, diarrhea and achy body. Symptoms can also vary depending on people’s ages, says Dr. Baxter. A baby may get a runny nose and slight temperature, but an older child or an adult can have a high fever and rash, he says.

Because summer colds stick around longer than many people expect, they are often mistaken for allergies, and vice versa, says Richard Weber, president of the American College of Allergy, Asthma & Immunology, a professional organization. Some ways to tell the difference: If your eyelids are puffy and eyes bloodshot, it’s probably allergies. Mucus color also is different—green for allergies, clear for summer cold, says Dr. Weber, a professor at the University of Colorado at Denver. “If your nose and eyes and ears feel itchy or tickly, that really points to allergies,” he says.

Both the enterovirus, which usually causes the summer cold, and the rhinovirus, which is responsible for winter sickness, are spread by people sneezing and coughing and through direct contact with germy surfaces. But summer colds also can be transmitted through fecal contact, which can occur from contaminated bathroom door handles and such.

Taking zinc, which is often advised for warding off winter colds, may not work for the summer variety. “The literature on zinc is mixed, but the proposed mechanism is that it might interfere with how the virus attaches” inside the body, says Dr. Baxter. Since the summer virus attaches differently, “I don’t think it would work as well, if it works at all.”

Enteroviruses and rhinoviruses are around all year. Experts say it isn’t clear why summer colds tend to be caused by one virus and not the other. Dr. Hirsch suggests that the summer-cold virus may be more physically delicate.

Winter colds may occur more frequently than summer colds because colder weather and lack of sunlight decreases the body’s immunity, says Dr. Eccles. But both types of virus thrive where large numbers of people gather, such as schools, public transportation, sports games and airlines flights. “Anywhere there’s crowding, you’re likely to pick up a cold,” he says.