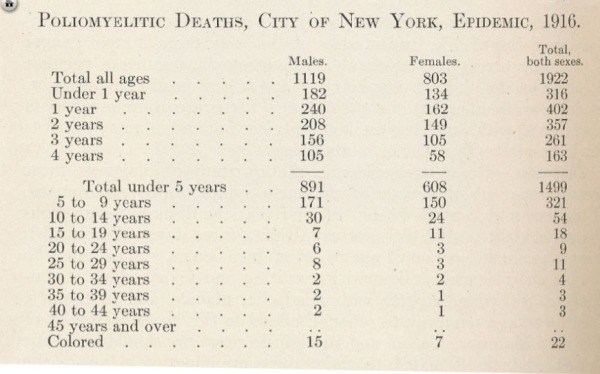 Health officials announced a polio epidemic centered in Brooklyn, New York. As was typical with polio outbreaks, infections surfaced in the summer months.

More than 2000 people would die in New York City alone. Across the United States in 1916, polio took the lives of about 6,000 people, leaving thousands more paralyzed.

Summer epidemics would come to be common in this era and would lead to widespread closures of pools, amusements parks, and other places where children gathered.